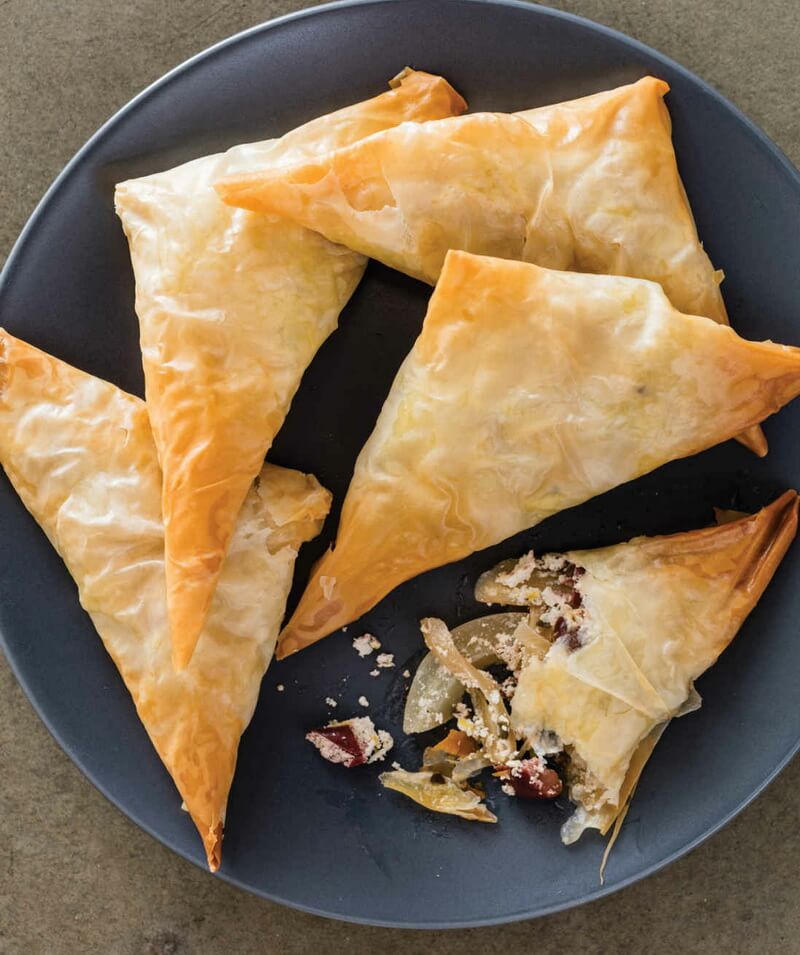 Fennel, Olive, and Goat Cheese Hand Pies
MAKES 15 triangles, serving 6 to 8 VEG
WHY THIS RECIPE WORKS Phyllo dough, a paper-thin dough used in sweet and savory pastries throughout the eastern Mediterranean, makes a perfect crisp parcel for hand pies. We found that not only was store-bought phyllo easy to use, it was also sturdy enough to support the filling. As for the filling, tasters liked a Greek-inspired combination of goat cheese, kalamata olives, and fennel, which we brightened up with lemon zest and juice. Phyllo dough is also available in larger 18 by 14-inch sheets; if using, cut them in half to make 14 by 9-inch sheets. Do not thaw the phyllo in the microwave; let it sit in the refrigerator overnight or on the counter for 4 to 5 hours. While working with the phyllo, cover the sheets with plastic wrap, then a damp dish towel to prevent drying.

1. FOR THE FILLING Heat oil in 12-inch skillet over medium heat until shimmering. Add fennel and cook until softened and lightly browned, 8 to 10 minutes. Stir in garlic and cook until fragrant, about 30 seconds. Stir in wine, cover, and cook for 5 minutes. Uncover and continue to cook until liquid has evaporated and fennel is very tender, 3 to 5 minutes.
2. Transfer fennel mixture to medium bowl and let cool to room temperature, about 15 minutes. Gently stir in goat cheese, olives, oregano, and lemon zest and juice until combined. Season with salt and pepper to taste.
3. FOR THE PIES Adjust oven rack to lower-middle position and heat oven to 375 degrees. Place 1 phyllo sheet on counter with long side parallel to counter edge, brush lightly with oil, then top with second phyllo sheet. Cut phyllo vertically into three 9 by 4⅔-inch strips. Place generous 1 tablespoon filling on bottom left-hand corner of each strip. Fold up phyllo to form right-angle triangle, gently pressing on filling as needed to create even layer. Continue folding up and over, as if folding a flag, to end of strip. Brush triangle with oil and place seam side down in parchment paper–lined rimmed baking sheet. Repeat with remaining phyllo sheets and filling to make 15 triangles.
4. Bake triangles until golden brown, 10 to 15 minutes, rotating sheet halfway through baking. Let triangles cool on sheet for 5 minutes. Serve.

1.After cutting phyllo sheets into 3 strips, place 1 tablespoon filling on bottom left-hand corner of each strip. 2.Fold phyllo over filling to form right-angle triangle. Continue to fold up and over until you reach end of strip.

Mushroom Tart
MAKES one 9-inch tart, serving 4 to 6 VEG
WHY THIS RECIPE WORKS A simple, Italian-inspired vegetable tart makes a perfect light meal or company-worthy appetizer, so we set our sights on developing a recipe with a flavorful and foolproof crust, a creamy base, and a topping of hearty mushrooms. We started with the crust. Because we wanted to use only olive oil and no butter in our crust, getting it to be tender and flaky (without being brittle) was a challenge. In the end, it came down to finding the correct ratio of olive oil to water. A 2:1 ratio proved best, creating a rich crust with deep savory flavor and a sliceable texture. For the filling, we needed to ensure that the mushrooms didn’t leach moisture into the tart, so we cooked them until they had released their moisture and were dry enough to build flavorful browning. Aromatic thyme and garlic rounded out the mushrooms’ earthy flavor. A trio of cheeses—Parmesan, ricotta, and mozzarella—made a nicely balanced base layer under the mushrooms. We also developed two simple variations: one with fresh, sweet tomatoes and another with thin slices of zucchini. We prefer the light flavor of part-skim ricotta here, but whole-milk ricotta can be substituted; do not use fat-free ricotta.

1. FOR THE CRUST Adjust oven rack to lowest position and heat oven to 350 degrees. Whisk flour, sugar, and salt together in bowl. Stir in oil and water with wooden spoon until large clumps of dough form and no dry flour remains.
2. Sprinkle walnut-size clumps of dough evenly into bottom of 9-inch tart pan with removable bottom. Working outward from center, press dough into even layer, sealing any cracks. Working around edge, press dough firmly into corners with fingers. Go around edge once more, pressing dough up sides and into fluted ridges. Use thumb to level off top edge. Use excess dough to patch any holes.
3. Place pan on wire rack set in rimmed baking sheet and bake until crust is light golden brown and firm to touch, about 50 minutes, rotating pan halfway through baking. Let tart shell cool completely on sheet before filling.
4. FOR THE FILLING Heat 1 tablespoon oil in 12-inch nonstick skillet over medium-high heat until shimmering. Add mushrooms and ½ teaspoon salt and cook until dry and lightly browned, about 15 minutes. Stir in thyme and garlic and cook until fragrant, about 1 minute.
5. Combine Parmesan, ricotta, mozzarella, and remaining 1 tablespoon oil in bowl and season with salt and pepper to taste. Spread ricotta mixture evenly on bottom of tart shell, then spoon mushroom mixture on top. Bake tart on sheet until heated through and beginning to bubble around edges, 20 to 25 minutes, rotating sheet halfway through baking.
6. Let tart cool on sheet for at least 10 minutes or up to 2 hours. Remove outer metal ring of tart pan, slide thin metal spatula between tart and pan bottom, and carefully slide tart onto serving platter. Sprinkle with basil and cut into wedges. Serve. 2.Working outward from center, press dough into even layer, sealing any cracks. Working around edge, press dough firmly into corners with your fingers. 3.Go around edge once more, pressing dough up sides and into fluted ridges. Use your thumb to level off top edge. 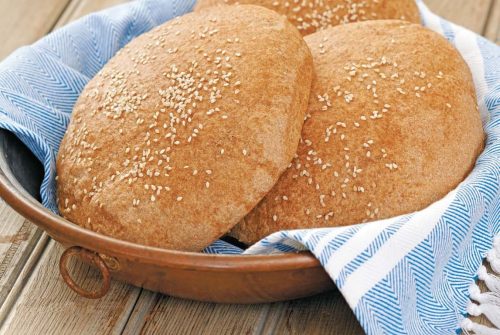 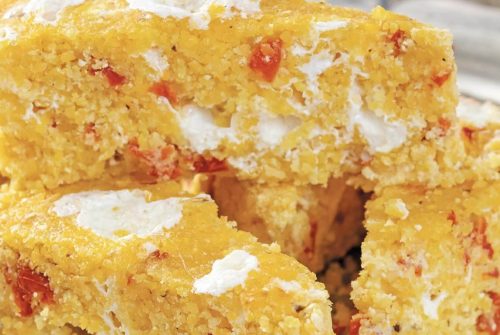 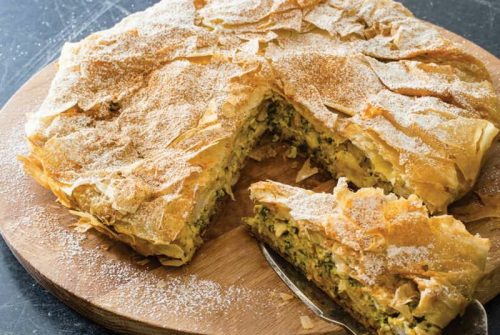 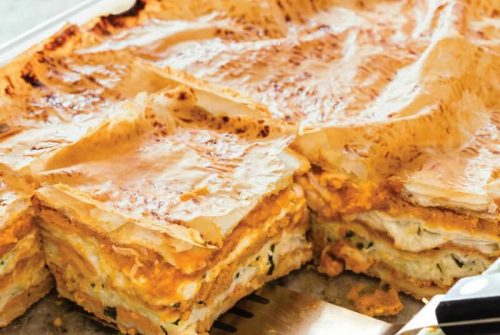