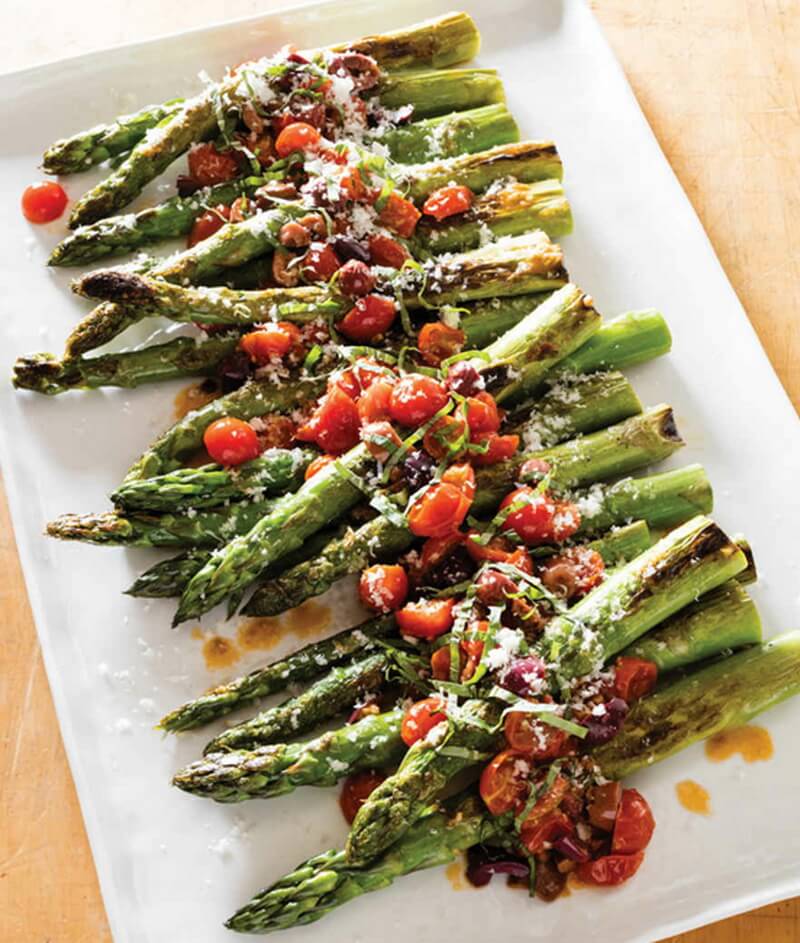 Deeply browning asparagus on just one side gives it great flavor while maintaining its crisp texture.

Pan-Roasted Asparagus with Cherry Tomatoes and Kalamata Olives
SERVES 6 FAST VEG
WHY THIS RECIPE WORKS We set out to create a pan-roasted asparagus dish enhanced with the flavors of Italy. Pan roasting is a simple stovetop cooking method that delivers crisp, evenly browned asparagus spears without the need to turn on the oven. We started with thicker spears because thin ones overcooked before they browned. To help the asparagus release moisture, which encouraged caramelization and better flavor, we parcooked it, covered, with oil and water before browning it. The evaporating water helped to steam the asparagus, producing bright green, crisp-tender spears. At this point, we removed the lid and cranked up the heat until the spears were evenly browned on the bottom. We found there was no need to brown the asparagus all over; tasters preferred the flavor of spears browned on only one side, and, as a bonus, the partially browned spears never had a chance to go limp. With our asparagus cooked to perfection, we decided on a combination of tomatoes, olives, and garlic to create a simple yet flavorful relish. A final dusting of Parmesan cheese and shredded basil rounded out our Italian-inspired flavor profile. This recipe works best with thick asparagus spears that are between ½ and ¾ inch in diameter. If using thinner spears, reduce the covered cooking time to 3 minutes and the uncovered cooking time to 5 minutes. Do not use pencil-thin asparagus; it overcooks too easily. You will need a 12-inch skillet with a tight-fitting lid for this recipe.

1. Cook 1 tablespoon oil and garlic in 12-inch skillet over medium heat, stirring often, until garlic turns golden but not brown, about 3 minutes. Add tomatoes and olives and cook until tomatoes begin to break down, about 3 minutes; transfer to bowl.
2. Heat remaining 1 tablespoon oil in now-empty skillet over medium-high heat until shimmering. Add half of asparagus with tips pointed in 1 direction and remaining asparagus with tips pointed in opposite direction. Shake skillet gently to help distribute spears evenly (they will not quite fit in single layer). Add 1 teaspoon water, cover, and cook until asparagus is bright green and still crisp, about 5 minutes.
3. Uncover, increase heat to high, and cook, moving spears around with tongs as needed, until asparagus is well browned on 1 side and tip of paring knife inserted at base of largest spear meets little resistance, 5 to 7 minutes. Season with salt and pepper to taste. Transfer asparagus to serving platter, top with tomato mixture, and sprinkle with basil and Parmesan. Serve.

ALL ABOUT VEGETABLE COOKING TIMES
Vegetables are an essential part of the Mediterranean way of eating and should be included in your meals as often as possible. Sometimes you want to prepare your vegetables in the simplest (and quickest) way by steaming, boiling, or microwaving them. Just follow the times in the chart for perfectly cooked vegetables every time. 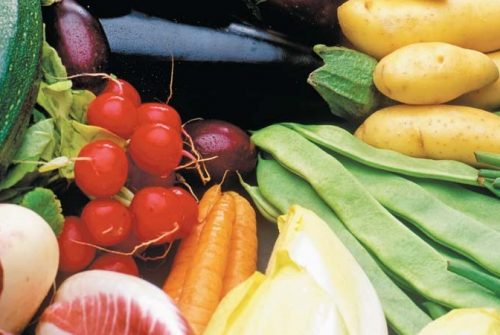 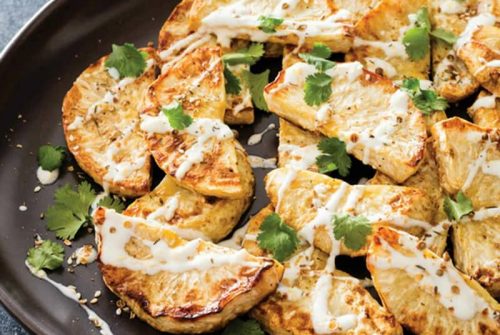 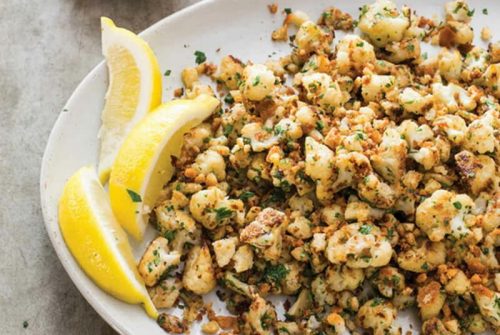 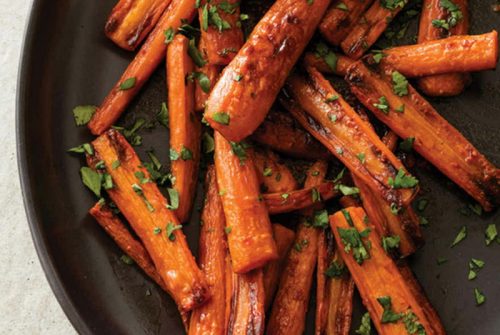