Olives are the ingredient most commonly associated
with the Mediterranean diet—and for good reason!
There are more than 750 million olive trees in the
region, comprising 95 percent of the world’s total. It is
said that 25 to 40 percent of the daily caloric intake of
Mediterranean people comes from olive oil. Olive prod-
ucts are the common denominator that the cuisines of
the entire region, from southern France to Israel, rely
on. Further, olives, olive wood, olive oil, and its pumice
are used to make everything from food and furniture to
fuel and soap.
Olive harvest time has always been associated with
good fortune and celebration. There is an Italian saying
that says that grapes, grains, and olives make up the
holy trinity of foods. First domesticated 8,000 years
ago in the eastern Mediterranean areas that comprise
modern day Israel, Syria, Palestine, and Lebanon, arche-
ologists have found olive pits dating back 8,000 years
and evidence of olive oil production from 6,000 years
ago. By the fourth millennium BCE, the ancient Egyp-
tians were using olive oil not only for culinary purposes,
but also for cosmetics and perfumes. Since perfume
making was so important to the Mediterranean at the
time, the role of olive oil in its production made olives
an important crop.
Often called green gold, or liquid gold, olive oil has a
symbolic meaning in the three monotheistic faiths—
Judaism, Christianity, and Islam. Hanukah commemo-
rates the miracle of one day’s worth of olive oil lasting
eight nights as recorded in the Talmud. Christians use
olive oil to consecrate crowned rulers and church digni-
taries. The Qur’an mentions olives numerous times and
the Prophet Muhammad is said to have proclaimed,
“Take oil of olive and massage with it. It is a blessed
tree.”
Hippocrates prescribed olive oil for curing gastric ulcers,
muscular pain, and cholera. In the southern Italian re-
gion of Calabria, where my family is from, a few drops
are added into the water of a baby’s first bath to en-
sure that he or she will have good skin for life. In many
places in the Mediterranean region, it is rubbed into
babies’ gums to soothe teething pain. Spanish physi-
cians discovered that it was more effective than quinine
in treating malaria! In Tuscany, olive oil was considered
to be “one of the four most necessary things in the life
of man.”
Whether drizzling over salads, dips, yogurt and cheese,
using it to sauté vegetables or simmer sauces, deep
frying, and even in dessert, olive oil can’t be missed. It
is best served fresh, but it can fortunately keep for a
very long time without going rancid. Contrary to pop-
ular belief, it actually has a high smoke point, 365°F to
400°F (185°C to 200°C) depending on the type, which
is why people in the region fry with it. To make sure
it stays fresh for a longer period, always store olive oil
away from light.

Types of Olive Oil
Olive oils are categorized by their acidity level and
extraction method. There are both domestic and
imported olive oils on the market that do not meet the
standards of a true extra-virgin olive oil. One way to
ensure quality when purchasing olive oil is to seek out
varieties and brands that come from countries such
as Italy, Greece, France, and Spain, which do regulate
olive oil labels with government seals of approval. A
harvest date printed on the label ensures freshness.
Source of origin of olives is also important, although
the phrase “packaged in” simply means that the olives
weren’t grown in that country, only bottled there.
Here are further ways to decode the labels.
Single variety: Made from one variety of olives
that may come from a single estate or growing
area of a particular country or region instead of
a more common commercial blend of olives.
Pure: The most inexpensive, made out of a
combination of refined virgin and extra-virgin
olive oils. Many people use this type of oil for
frying.
Light: Refers to a lighter colored olive oil that
has been filtered to remove the olive sediment,
and may have a less “olivey” flavor. It does not
refer to the fat or calories of the oil.
Virgin: Comes from the mechanical expeller
of olives, contains 1–2% acid, and has not
been refined or treated with heat. Along with
extra-virgin, it has the largest amount of antiox-
idants.
Extra-virgin: Has the lowest amount of acidity
(1%). It also comes from the first pressing of
olives done with cold extraction. It has the
freshest, most fruity flavor, and is considered to
be the highest quality.
First cold-pressed: Oil is extracted from the
first pressing of the olives, which denotes better
quality and flavor. True extra-virgin olive oils are
all first cold pressed.
Unfiltered: Contains small particles of olive
flesh, which reduces shelf life of the oil. Many
people, myself included, feel that unfiltered
olive oil has greater taste because the olive
particles continue to flavor it.
According to the International Olive Oil Council, to de-
termine whether an olive oil is truly extra-virgin, “Place
a small quantity of the oil in a glass bowl and refrig-
erate it for a few days. If it becomes crystalline, the
chances are good that it is a true extra-virgin olive oil.
If it forms a block, it is most likely chemically refined oil
that has had some first-pressed oil added to it.”
Nutritional Benefit

Because olives and olive oil are a common denominator
in the countries surrounding the Mediterranean, they
are often the ingredients that are analyzed in Mediter-
ranean diet–based research.
Olives are rich in beta carotene, calcium, iron, dietary
fiber, antioxidant nutrients (vitamins A and E, fla-
vonoids, and polyphenols), and monounsaturated fatty
acids. Monounsaturated fats have anti-inflammatory
effects, which can help prevent heart disease, lower
cholesterol, improve rheumatoid arthritis, and reduce
the risk of developing Alzheimer’s disease, diabetes,
and various types of cancer. Further, various studies
have shown that olive oil or an olive oil–rich diet:
– can protect against malignant tumors
– reduces the risk of breast, colon, and bowel cancer
and the incidence of melanoma
– prevents the formation of blood clots and lowers
the levels of total blood cholesterol (believed to be
responsible for the low incidence of heart problems
in countries where olive oil is the main cooking fat)
– boosts the immune system against the negative
effects of toxins, microorganisms, parasites, and
other foreign substances
– can improve calcium absorption in the body and
prevent osteoporosis
– may prevent memory loss in healthy elderly people
– may lead to less risk of developing rheumatoid
arthritis
Antioxidants such as vitamin E, carotenoids, and phe-
nols (known for their anti-inflammatory and antibacte-
rial effects) are found in olive oil. It’s important to note,
however, that the amount of antioxidants in olive oils
varies according to the climate where the olives are
raised, when the olives are harvested, how ripe they
are when they are picked, and how the oil is produced
and stored. Antioxidants are important in the preven-
tion of aging. Oxidation refers to the complex manner
in which cells age. Cells in those following olive oil–
rich diets have been proven to be stronger and more
resistant to oxidation, and therefore age more slowly.
The Mediterranean diet’s positive effect on longevity is
accredited to its high antioxidant content. Virgin olive
oil (olive oil that has not been refined or industrially
treated) is particularly rich in antioxidants, which pro-
tects against damage from free radicals and against the
formation of cancer.
The body’s overall ease in digestion and absorption
of olive oil, as well as the need for its many nutrients,
make it an ideal cooking ingredient and traditional medicinal. 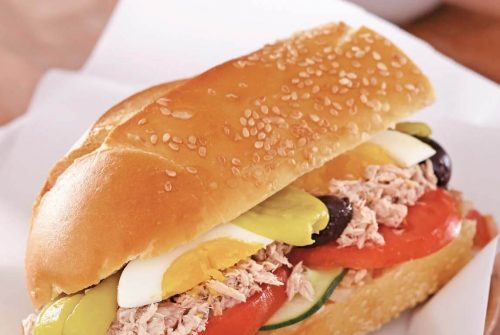 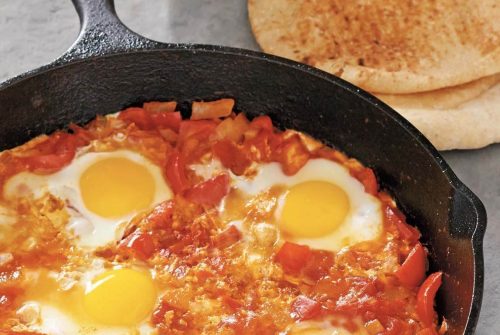 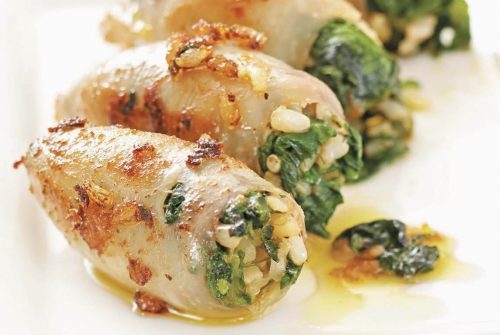